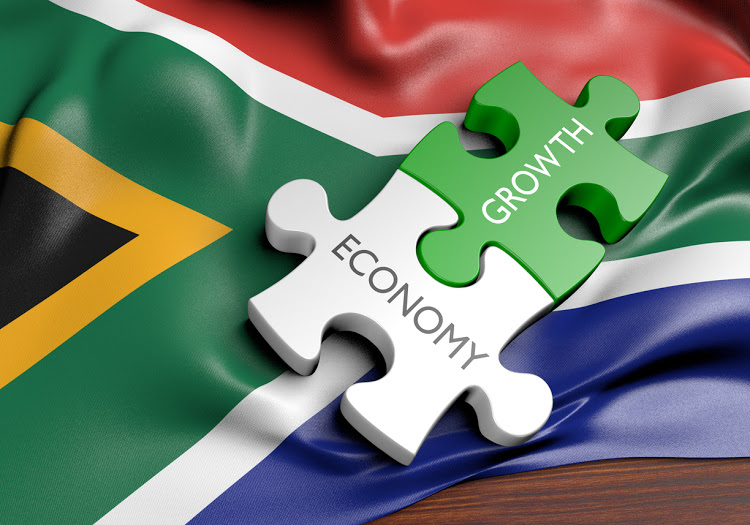 3D rendered concept of the state of the economic and finance markets in South Africa.

Thus far he has managed to obtain investment commitments of over $30 billion from the United Arab Emirates, Saudi Arabia and China, who have each pledged $10 billion. So far, so good.

However, local economic and political factors could potentially derail the drive by President Ramaphosa, which some were labelling ambitious when he made the announcement. Political risk factors such as land expropriation, the Mining Charter, stubbornly high unemployment and increasing prices threaten unrest in the country and may put off potential investors.

As leader of the ruling party and government, he often finds himself speaking in a forked tongue. On the one hand he must appease the majority and set the party up for General Elections in 2019 and on the other, he has to encourage dialogue, the need for certainty and sound policies that will pacify various local groups and not scare foreign investors.

The issue of land expropriation is out of his hands as President of the country, as that process is being driven by parliament, but he needs to ensure that his government finds solutions to the impasse around the Mining Charter III and stimulating the economy to ensure job creation and a decrease in the prices of goods and services in the country. In his State of the Nation Address, he cited that concerns from various stakeholders around the Mining Charter III would be resolved by July 2018. However, it is almost 2 months past that deadline and no resolution seems to be insight.

The reality is that the current structure of the South African economy will make it hard for President Ramaphosa to effectively address the challenges faced by the country today. Our economy, though one of the biggest and most advanced in Africa, is highly vulnerable to external factors. The recent spats by the United States with China and Turkey, provides evidence of our precarious position in the global political economy.

Locally, if the African National Congress attracts less votes in 2019 than it did in 2014, his job will be even harder than it is now. Already there seems to be discontent amongst the ruling party, with some agitating for a more radical approach to the economy. Adding opposition parties with more seats in parliament with different ideologies and demands, would surely provide him with more sleepless nights and may change the course of his plans for the economy. His investment targets would need divine intervention to achieve.

When he called upon South Africans to ‘Send Him’, surely, he did not anticipate the barrage of problems that have befallen our country in a short space of time. Having presented himself as a man for all South Africans, having to deal with the demands from his party and often looking out of place when pronouncing on its resolutions, such as the time when he announced the ANC had resolved to amend the constitution to allow for expropriation of land without compensation, President Ramaphosa is walking a tight rope in the sky with no safety net; one misstep then its curtains for him.

10-15 years ago, the ANC could afford to make long-term plans, as it had the luxury of loyal voters and no opposition party threatening its space. Today, the environment is vastly different, and the ANC is no longer guaranteed decisive victories in elections, as demonstrated by municipal elections in 2016. Hopefully, President Ramaphosa has a crystal ball in his house and his 5-year investment attraction drive does not remain a pipe dream.

The Power of the Branch: The Downfall of the ANC